MY EYES
This short film is based on a poem by Andy Smith, who beautifully and descriptively shares his perspective as a man with Asperger Syndrome (an Autism Spectrum disorder). This was submitted slightly shorter to Project Greenlight.

Easy as Pie shows one mother's struggle to deal with the normal stresses of life alongside the routinely erratic (yes, routinely erratic) happenings of a household dealing with the Autism spectrum. This short film stars Sara Gaston, Joe Grisaffi, Katelyn Merricks and young Sophia Eden (pictured below). The cinematography is by Orlando Briones of OC Films. Easy as Pie was written, directed and produced by Courtney Sandifer.

CAROLINE'S MASTERPIECE
A young woman struggles to communicate with her young art students, when someone unexpectedly dances into her life. 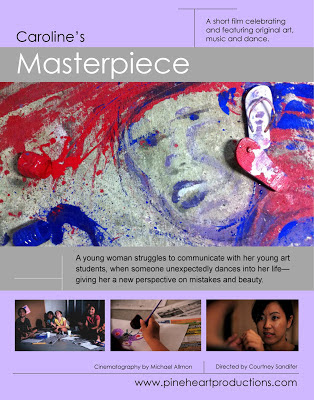 View a behind the scenes video, made by Co-Producer Gretchen Almougraby here: (and please excuse the "umm's"! She caught me off guard!)
http://www.youtube.com/watch?v=Z_tDqmDduRI


Restorative Justice is an 16-minute dramatic short film directed by Courtney Sandifer. It is currently in its final stages of post production (July 2013). It was shot by Robert Reese, on location in Sugar Land, Houston and The Woodlands over the course of 3 days. Elda and Corky Loesch produced, and it was written by Sarah Newman.


The short stars Michelle Elaine and Tom Long. It will be submitted to festivals in the coming months. Go to www.loeschproductions.com for more info. 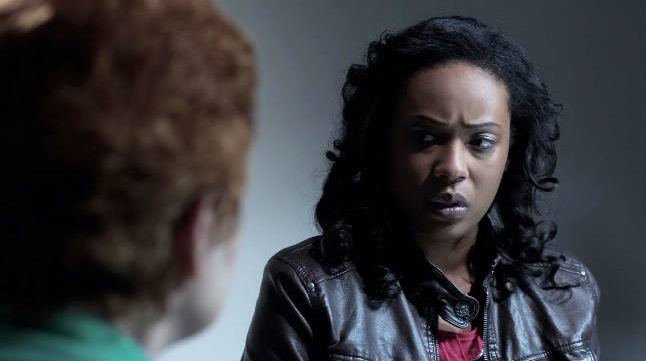 OCCUPATIONAL HAZARD
Occupational Hazard is a short film created over a weekend for Houston's SplatterFest Weekend of Mayhem short film competition. This production was shot using an ALL-FEMALE CAST AND CREW!

Synopsis:
A car full of girls pulls up to a mechanic shop, where a stuttering woman with a veiled agenda greets them. The girls are tied up and tortured, when one engages a special power that catches the villain off guard.
The full director's cut is below, and full credits are listed on IMDB here:
http://www.imdb.com/title/tt2396888/?ref_=fn_tt_tt_4.