It's been a whirlwind few months! There are so many things in motion for us right now, it's hard to put it all into words. We've finished up two short films, started into post-production on Getting Schooled, started pre-selling Haunted Trailer DVDs on Amazon.com, and many other super cool things that will be listed below!

Let's start with Getting Schooled. First, the fantastic and much-followed magazine Fangoria featured the exclusive release of Getting Schooled's official trailer on their website! For horror fans, this is VERY COOL. They called us "the Breakfast Club of Horror" - and that's accurate! Check it out HERE.

Then, we kicked off our campaign for finishing funds for Getting Schooled. The elusive financing monster can be a pain in the butt sometimes, and we found ourselves UNDER budget but still needing to round up some cash to finish the movie. Please, please show us some support by clicking the link and either contributing (as little as one dollar helps!) or sharing it with your friends and family! We REALLY need you! UPDATE (6/10/14): We made our goal for Getting Schooled.

In May we also took our movies on the road to Dallas, Texas - to spend the weekend at Texas Frightmare Weekend.  At the Lucky Chucky Productions booth, we sold out of the batch of pre-sales Haunted Trailer DVD's that we brought, and saw successful screenings of three "sister" films! Pine Heart's Courtney Sandifer was the Production Manager (and a corpse) on short horror film I AM MONSTER, which screened on Friday night. Then a much-anticipated film, The Pickaxe Murders Part 3, on which Courtney served as Production Designer, screened to a capacity crowd on Saturday night of the event. On Sunday at TFW, Starship Films/Lucky Chucky Productions screened Conjoined, a horror comedy on which Courtney was a set dresser. Meanwhile, throughout the weekend, Courtney talked up and promoted her upcoming film KIDS VS. ZOMBIES - and it was met with overwhelming enthusiasm! 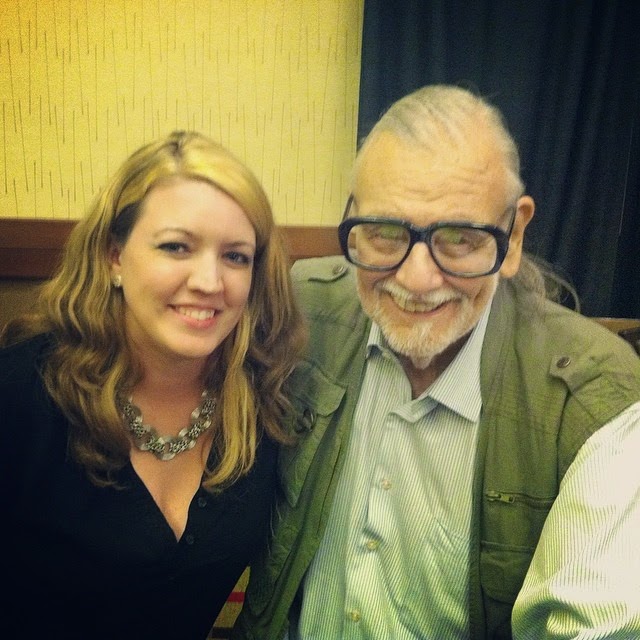 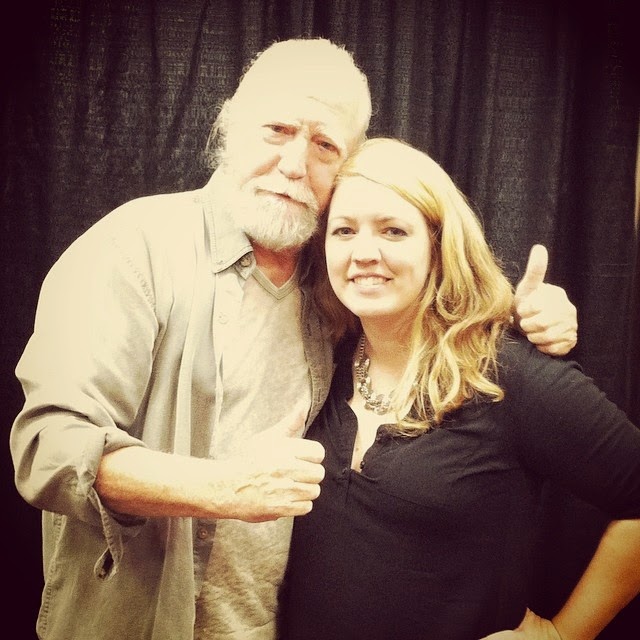 As a horror fan nerd at TFW, Courtney also got to take a break and meet with THE ZOMBIE GURU GEORGE ROMERO and THE WALKING DEAD'S Scott Wilson (Hershel!). Carl Grimes himself, Chandler Riggs was also present, but we never got a chance to meet him! She also networked with fans, filmmakers, distributors, and horror media folk. One of the media outlets, Horror Movies Uncut, interviewed her about recent work, and the whole interview can be heard in the Youtube clip below.


You can also catch a NEW interview on Thursday, 5/29/14 with the guys from "Talking Terror". They will chat with Courtney from 9pm Eastern/ 8pm Central for about two hours! UPDATE: You can go to this link to listen to the recording.

We also have been getting two short films ready for the festival circuit. Courtney directed "Restorative Justice" for Loesch Productions last year, and it's now ready for screenings. This one is a drama starring Getting Schooled's Tom Long and lovely Houston actress Michelle Elaine. We've also almost finished post-production on "Easy as Pie" - a short drama that Courtney wrote, directed, produced and edited that features an Autism awareness theme. This one stars Sara Gaston, Joe Grisaffi, Katelyn Merricks and Sophia Eden. A clip was released in April as an awareness piece, but the entire film is a touching product and worth the wait to see it in its entirety! The clip here is has an added educational element.


Last, but not least, development for KIDS VS. ZOMBIES is chugging along, and about to kick into high gear! Be on the lookout for a chance to support us this summer in our funding campaign. We have some cool fundraisers planned, and not typical ones! We are ALWAYS interested in talking to anyone willing to help us in these endeavors, so if you would like to be a part of bringing Kids vs. Zombies to life, as an artist, contributor, actor or producer of some kind, please email courtney@pineheartproductions.com ASAP!

Word is spreading, and our concept is very well recieved - even as far away as France! Check out this article about Kids vs. Zombies from My Zombie Culture. I'd say the world is ready, wouldn't you agree?! 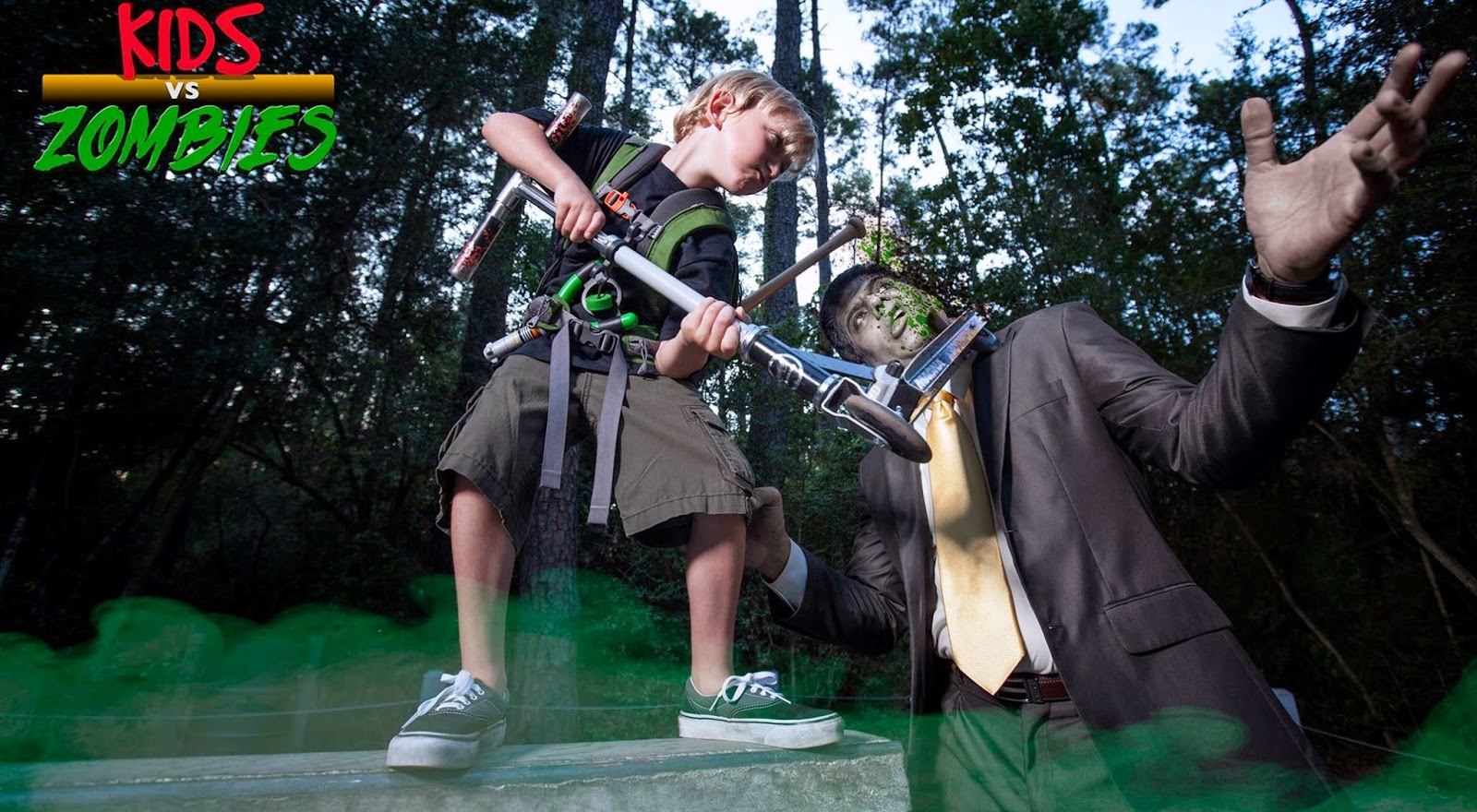 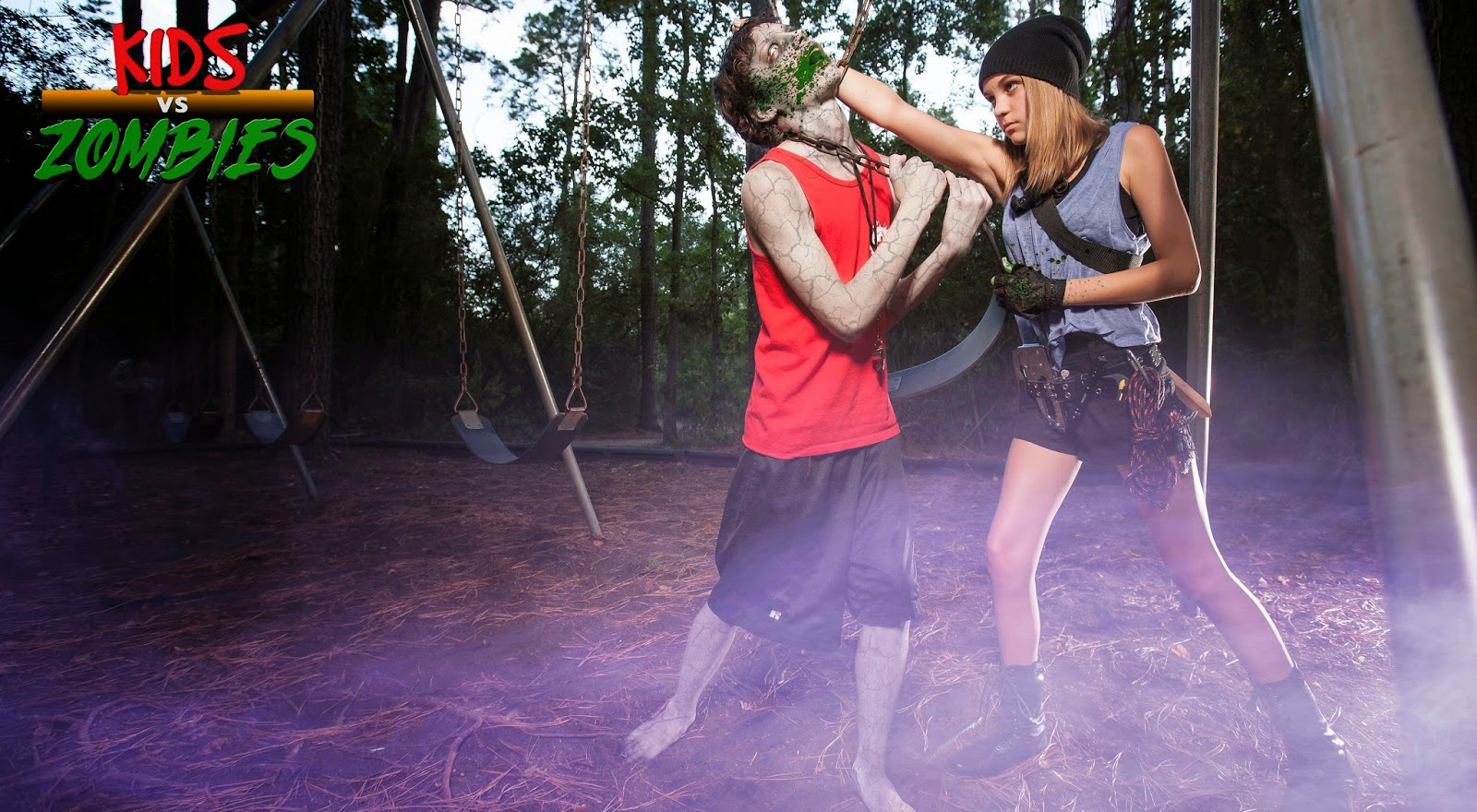